“Fresh” is a 2009 documentary about agriculture and food production in the United States. The film details some of the flaws in the U.S. food system while celebrating those who are working to revert back to nature’s agricultural structure.

Through our focus on overproduction and productivity, we’ve decreased our food’s nutritional value. I have to eat more vegetables to get the same amount of nutritional value than I would have had to 70 years ago. We’ve erased 40% of vitamins and minerals from produce.

2. “These independent supermarkets, they are up against the same thing that the small family farms are, because every time a Walmart comes into a rural area that local grocery store usually goes. Consolidation is growing at such a rate, not just in the food industry but in all industries, that probably the first and foremost thing that I truly believe that we’re trying to sustain is consumer choice. We should have a choice where our food comes from.” — Diana Endicott, founder and director of Good Natured Family Farms’ alliance.

As a consumer, I should be able to choose whether or not I have food grown on a local farm, rather than being shown several different options that really come from the same couple of sources.

3. “What we’re farming here is not animals, its grass. If we take care of the grass, the grass will take care of the animal. You’ve got to understand that 70% of all the row crops in the United States — and of course the row crops account for most of the genetic engineering, the petroleum use, the tillage, the erosion and all the negative things in agriculture — that 70% of that is grown for multi-stomach herbivores that aren’t ever supposed to eat that anyway. Only 30% goes to people, pigs and poultry. So if we went to an herbivore, a grass based herbivore agriculture for our cattle, suddenly 70% of that currently assaulted land could return to a mob stock, herbivorous, solar conversion, lignified, carbon sequestration fertilization program and all the negatives in agriculture would come to a screeching halt.” — Joel Salatin, farmer

Every problem in agriculture comes down to grass? And 70% of row crops aren’t useful if we start feeding cows grass?

4. “The more you process food the less nutritious it is. Food is at its most nutritious in its whole form, in its fresh form. But, most of the supermarket is full of processed food from which all the nutrients have been expunged, basically.” — Michael Pollan, author

Everything that’s not in the produced section is probably processed. How’s that for scary?

5. “Food is at the foundation, but it’s really about life.” — Will Allen, urban farmer and activist

Will Allen runs an impressive farming operation and promotes the idea that anyone can farm the way nature intended. The better the food is, the better life is.

6. “Let’s treat the herbivore like an herbivore first and then the other things will fall into place.” — Joel Salatin

One of the biggest problems in our food production system is the treatment of cows. Salatin explained cows should be grass fed, but instead they’re often wheat fed, which they shouldn’t be able to digest. This results in cows getting sick, which makes people sick. If cows are supposed to eat grass, we should feed them grass.

7. “Cheap food is an illusion. There is no such thing as cheap food, the real cost of the food is paid somewhere, and if it isn’t paid at the cash register it’s paid or charged to the environment, charged to the public purse in the form of subsidies and it’s charged to your health. You do get what you pay for, with food and with everything else.” — Michael Pollan

To think that regardless of how much my food costs at the grocery store, I’m also paying a physical price for the foods I choose to eat is slightly terrifying. Should people be allowed to have that much control?

“Fresh” is available to watch on Amazon Prime, Tubi and Apple TV. 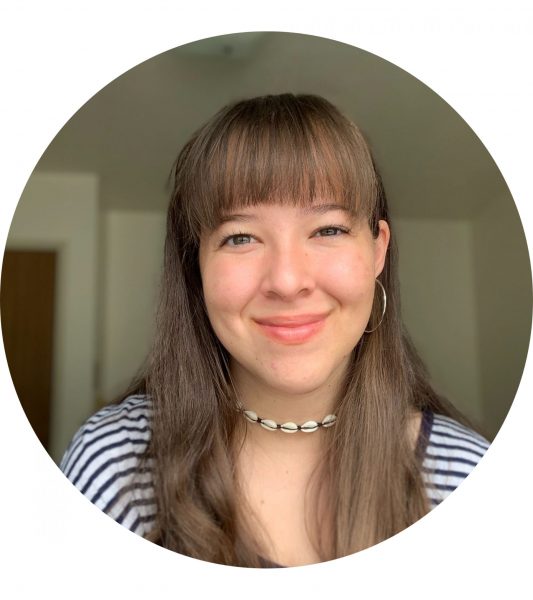 Emily White is a junior studying English and broadcast journalism. She is currently serving as the senior writer for the Lifestyles section of the Statesman.

Food giveaway to be held at Geronimo Nutrition Center – KSWO

An Interview with Julia Rucklidge, Ph.D.

How Exercise Can Influence What We Eat and How Much

Butter or margarine: Margarine can benefit your health the most