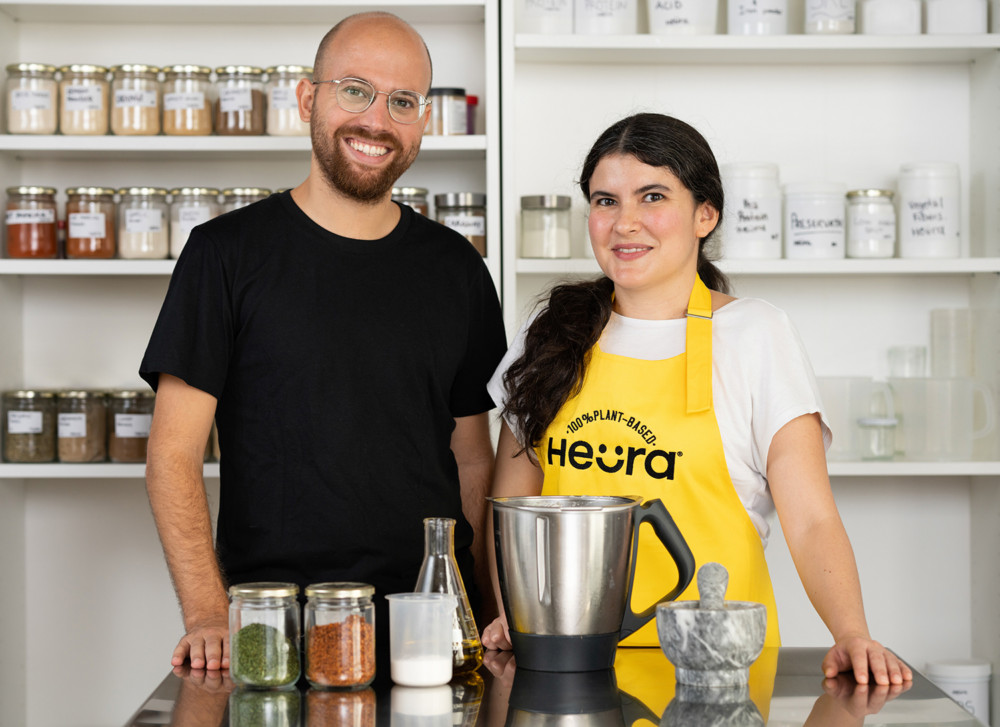 Every January, hundreds of thousands of people around the world participate in Veganuary, the global movement started in the United Kingdom in 2014 that encourages people to go vegan for a month

Last year, 400,000 people from 192 countries participated in the initiative, which seeks to create a more just and sustainable society.

“Switching to a plant-based diet only brings benefits”, says Alberto García Guerrero, Cardiologist and Expert in Plant-Based Nutrition of the Health Service of the Principality of Asturias (SESPA), dismantling the myth that a plant-based diet cannot be nutritious.

As 2021 begins, many of us have made New Year’s resolutions. Many people are pledging to consume less animal meat by participating in Veganuary, the global challenge started in the United Kingdom that encourages people around the world to go vegan for the month of January. 400,000 people from 192 countries joined this initiative last year, and over one million people have taken part in the challenge since its inception.

Health, environmental concerns, sustainability and animal welfare are cited as the main reasons that people are choosing to alter their diets.

Heura, Europe’s fastest-growing 100% plant-based meat startup, has been positioning itself as a leader in the plant-based revolution since its founding in 2017. The brand offers a tasty, nutritious and healthy alternative to traditional animal meat.

“As an activist, I was working to raise awareness about how the choices that consumers make can have a positive impact on the world. But in the supermarket, those alternatives either didn’t exist or were unattractive. I understood then that the best way to eliminate our dependence on animal meat was by working to create solutions that would make the current food system obsolete. Heura was born out of the need to create a delicious, healthy and sustainable product made from vegetable protein. I wanted to figure out a way to not give up the gastronomic traditions that make Spain unique, while remaining faithful to our values and taking care of what matters most to us.”

The plant-based trend is growing rapidly. 1 in 5 Britons have cut down on their meat consumption during the Coronavirus pandemic, and the plant-based diet has been one of the top ten gastronomic trends of 2020. In 2021, it is expected that 51% of the population will reduce or eliminate animal meat from their diet, according to FMCG Gurus, and that by 2030 plant-based alternatives will account for 18% of the world market (compared to 4% today).

“Switching to a plant-based diet only brings benefits”, says Alberto García Guerrero, Cardiologist and Expert in Plant-Based Nutrition of the Health Service of the Principality of Asturias (SESPA): “Imagine a unique diet that serves to prevent cardiovascular diseases, cancer, hypertension, diabetes, dyslipidemia and autoimmune pathologies. There is no pill on the market with that potential. We must add that the plant-based diet maintains the sustainability of the planet and avoids the prevention of zoonoses of potentially pandemic microorganisms “. Below, Guerrero busts some of the common myths surrounding plant-based diets:

1. A plant-based diet is NOT deficient in protein: “Proteins of vegetable origin (legumes, whole grains, nuts) are accompanied by phytonutrients and other trace elements that are associated with a greater quantity and quality of life in the long term. In a strict normocaloric vegetarian diet, there will be enough protein to meet the requirements of any population or stage of life: children, adults, pregnant women, the elderly and even professional athletes.”

3. A plant-based diet is NOT deficient in vitamin D: “Vitamin D is a vitamin that is synthesized in the skin through sun exposure. Nowadays, it is frequently avoided due to its adverse effects on the skin, so physicians generally advise taking an oral supplement in times of low sun exposure regardless of diet. In the sunny months, slight sun exposure is enough to reach adequate levels of vitamin D.”

4. A plant-based diet is NOT deficient in omega 3 fatty acids: “According to the National Academy of Medicine, the only essential molecule of omega 3 is alpha-linolenic acid (ALA). Our body is capable of synthesizing the rest of omega 3 fatty acids, such as eicosapentaenoic acid (EPA) and docosahexaenoic acid (DHA) from ALA. We can find abundant amounts of ALA in plant-based products such as flax seeds or walnuts. “

5. A plant-based diet is NOT deficient in iron: “Iron deficiency, known as anemia is common throughout the world, but it has never been shown that people who follow a plant-based diet have a higher prevalence of iron deficiency than people with omnivorous diets. In addition, a person who bases their diet on products of plant origin usually consumes twice as much iron as they need.”

Women generally need 18mg/day of iron while men need about 12-15mg: a large roast potato contains approximately as much iron as 90 grams of chicken meat. Three cups of spinach contains about 18 mg of iron, which is more than a 240 gram steak, and a single cup of cooked soybeans contains between 8 and 9 mg of iron.

8. A plant-based diet does NOT lead to virility problems: “Regarding levels of testosterone, no differences have been observed between people with plant-based diets and omnivores. Emerging evidence suggests that a higher consumption of whole plant foods could be associated with a lower prevalence of impotence problems.”

10. A plant-based diet can NOT cause intestinal diseases: “A 100% vegetable diet is currently used as a treatment for inflammatory intestinal diseases. The intestine is healthier the greater variety of plants we consume. Both the soluble and insoluble fiber present in plant foods show a crucial role in the proper functioning of our intestinal microbiota. “

The consumption of vegetable meat reduces gas emissions by an astounding 99% compared to animal meat. Heura wants to ensure that all of its products are both nutritious and good for the planet, which is why Heura chicken has 19.70 grams of protein per 100gr. In addition to being fortified in B12 and containing less fat than animal meat, it is free of gluten, artificial colors and preservatives, and is also suitable for people with celiac disease and other food intolerances.

What to Do With Carrot Tops, Instead of Tossing Them in the Trash

When the prescription for good health is good food

Expert nutritionist reveals the food swaps we should all consider to kick-start the year...

What to Do With Carrot Tops, Instead of Tossing Them in the Trash