Home Superfood I Discovered Eating Bison While Getting In Shape Felt Like Steroids Without... 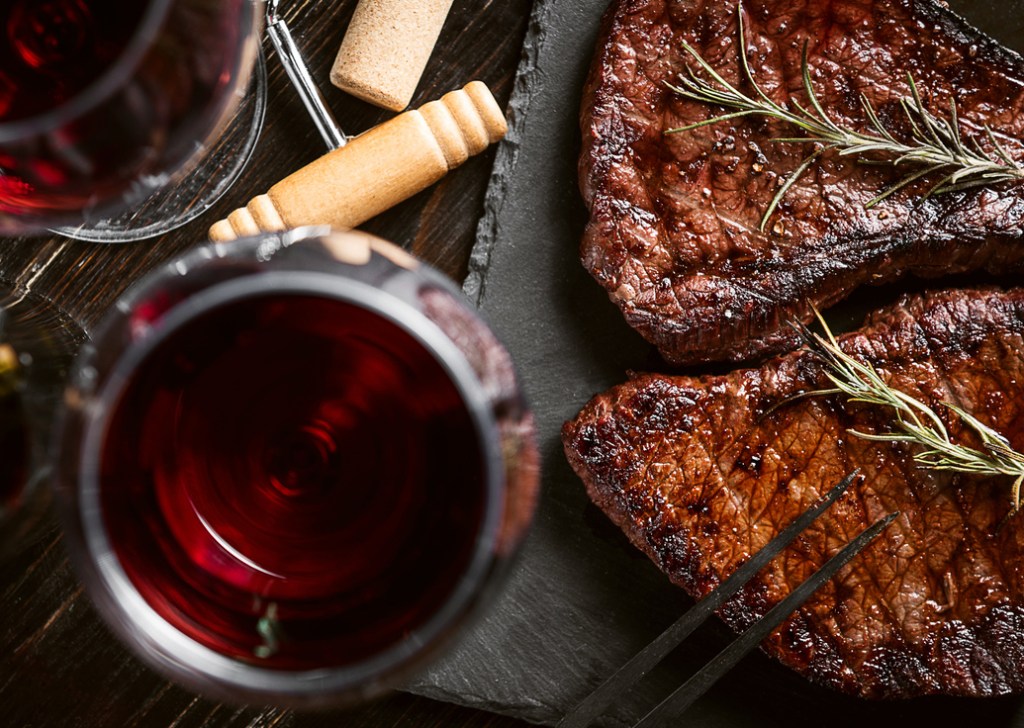 Getting into shape is now an anthem for a lot of Americans. I have been part of this song for a little over the past year. While most of the nation spent 2020 on the couch, drinking themselves into a stupor and filling up on crap cuisine, I, for one reason or another, kept going the other direction.

Eventually, the world would get better, I just knew it, and I didn’t want to emerge looking like a slob. My diet actually got pretty strict. I completely eliminated processed food and sugar, and I spent a portion of each day doing bodyweight workouts like an inmate on death row.

In the beginning, I consumed nothing but chicken and salmon to fulfill my protein requirement. I also drank a couple of shakes throughout the day, but most of my muscle-building nutrition came from lean meat. And that model was working out fine until one day I found myself craving food that didn’t have wings or fins. It was like my caveman DNA was crawling up from the crevices of my very being and screaming at me, “Eat some freaking steak, you sissy.”

It wasn’t long after my inner caveman began harassing me that I traded in my living room prison workouts for a gym membership. And, I’ve got to tell you, that’s when things got different. All of a sudden, I was hungrier than I’ve been in a long time. And not just hungry like “I could eat.” I was a ravenous, blood-thirsty beast that needed his zookeeper to toss him a slab of red meat, or else all hell was going to break loose. Now, I’m no fitness expert by any stretch, so I couldn’t tell you if it was the strength-training or the intensive cardio that was responsible for starving me out. But something about the experience found a way to tap into my animalistic nature and rattle those cells that tell humans to kill, devour and then kill again. There was a point when I thought that I might turn into a werewolf or something if I didn’t satisfy my appetite. It was beyond me. There was nothing I could do to fight it. I finally broke down and had a steak.

This was a turning point in the way I approached nutrition. I realized that my body was obviously missing a crucial component that was sending me into meat madness. Red meat became a regular part of my diet. And while I thoroughly enjoyed destroying grass-fed beef burgers and steaks, consuming it in large quantities isn’t exactly conducive to maintaining a healthy heart. Beef is loaded with saturated fat, which can clog the old ticker. Some research even shows that it can increase a man’s risk of colorectal cancer. For obvious reasons, I wanted nothing to do with any of that. So I began exploring other options to tame my newfound blood lust.

With a few clicks, I found bison.

Although bison has been prominent in North America for hundreds of years, it’s not something that I had ever seen on my dinner plate. If mom had put this animal on the table, dad would have almost certainly packed his shit and started over somewhere else with a new family. That dude subscribes to a conservative life-philosophy where only cows, pigs and chickens are edible. He doesn’t want to see a fish on the table or anything else spotlighted on National Geographic. These days, he just eats burgers from Sonic, if that tells you anything about the man’s palate.

So, I had never tried bison before. But it looked like something I could get into. And the health benefits were vast. It contains less fat, it’s full of essential minerals and chock full of amino acids and protein. In a lot of ways, bison is the ultimate superfood for the carnivorous meathead.

“Grass-fed bison is a protein-dense food that offers more protein per serving than beef, with half the amount of fat,” one fitness expert told The Daily Meal. “Bison is also a source of iron, which plays an important role in muscle growth and maintaining a high energy level. Bison contains zinc, which promotes recovery from exercise and increases the body’s ability to produce testosterone. Lastly, bison is a natural source of creatine, which provides a natural energy boost for intense bursts of exercise.”

The protein to fat ratio of bison is insane.

Come to find out, a lot of bodybuilders eat bison to improve muscle tone, bulk up and assist in their recovery. It even helps to build a robust immune system, which prevents illness. These were all things that I needed. Lifting weights in your forties is no joke. You’re sore all the time, and constantly feel broken. If bison could help with that to some degree, I definitely wanted in.

Bison basically contains all of the nutritional badassery that fitness weirdos try to get from expensive supplements. And it’s not just for the one-percenters either. It’s catching on in the mainstream. Somewhere around 7.5 million pounds of bison meat is sold in the United States every year. You might have even heard Joe Rogan talk about eating it as part of his Carnivore Diet.

There were no two ways about it, I had to try it for myself.

The next day, I went hunting. No, not with a bow or a bazooka, but with my bank card. Fortunately, bison is available in most grocery stores, so you don’t have to kill anything yourself. If your local grocer doesn’t carry it, you can get it online and have it delivered to your door.

I’m relatively new to bison, so I’ve been buying 8 oz cuts and cooking them like I would an ordinary beef steak. But you can do anything with bison that you can do with beef. For me, the steak is the way to go. Just season it with a little salt, pepper, garlic and thyme, let it come to room temperature (around 20 minutes), and toss it on the grill or in an iron skillet. Let it sizzle for 3-5 minutes per side. It should come out medium-rare to medium, which is recommended for bison.

Meanwhile, drizzle some olive oil over a few red potatoes and season with salt, pepper and rosemary. Put them in the air fryer along with brussels sprouts, and soon you’ll be eating like a king.

Yes, it’s genuinely great. Not only did I find it to be super delicious, but it was also tender and not at all gamey like I thought it would be. I’m from Southern Indiana, where the rednecks do a lot of deer hunting. And since bison is lean like other wild game, I thought it would have a similar flavor. But I was wrong. It’s actually lighter and has a more delicate, unique flavor than anything I’ve tasted. I can’t imagine anyone who enjoys a fat steak not liking bison. Flavor-wise, not to mention texturally, it wasn’t at all a stretch outside my comfort zone. And it’s just as affordable as quality beef products. The brand I get costs anywhere between $8.99 and $10.99 per pound.

But what about the results?

Almost immediately after incorporating bison into my diet, I started noticing changes in my physique. Even though I was still doing all of the same workouts as before, my muscles were getting noticeably bigger and more defined. No kidding, if I eat a piece of bison for dinner, I’m going to be ripped the next morning. It’s like nature’s tasty steroids, only without the tiny wiener.

Admittedly, though, eating bison has a downside. It has summoned another wild beast inside of me that, the best I can tell, is a cross between a snarling dog and a massive sasquatch who spits razor blades of fire and hates everyone – equally, of course. Maybe it’s bison rage. Maybe I’m just getting old and crotchety. Whatever it is, I like it!