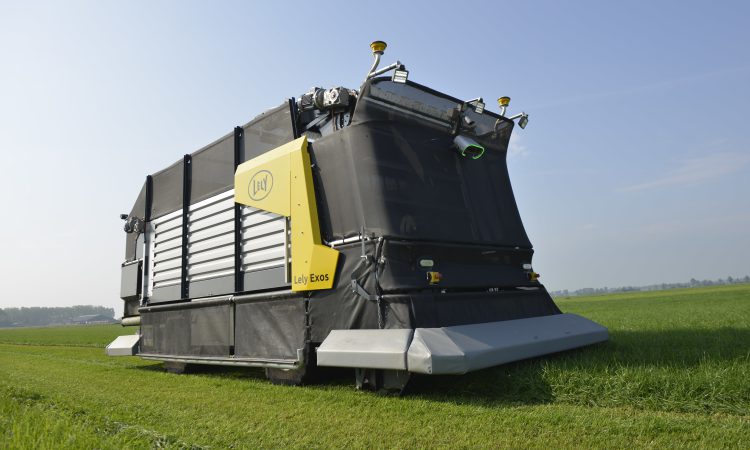 The first concept for the fully autonomous harvesting and feeding of fresh grass has been launched by dairy robotics firm Lely – in the form of the Lely Exos.

The Dutch-based dairy equipment giant says that, with this system, dairy farmers can “use the nutritional value of their roughage more efficiently, and can produce more milk from their own grassland”.

This solution is completely compatible with making dairy farms circular. In addition, the system saves on labour and feed costs, Lely claims.

According to the Dutch headquartered firm, its system is “tailored to the daily needs of cows”, and designed to make the most of the long grass-growing season.

The “low weight and soil-friendly technology of this machine” means it can mow from early spring to late autumn. The “careful mowing method” keeps the grass fresh and tasty, the company says. 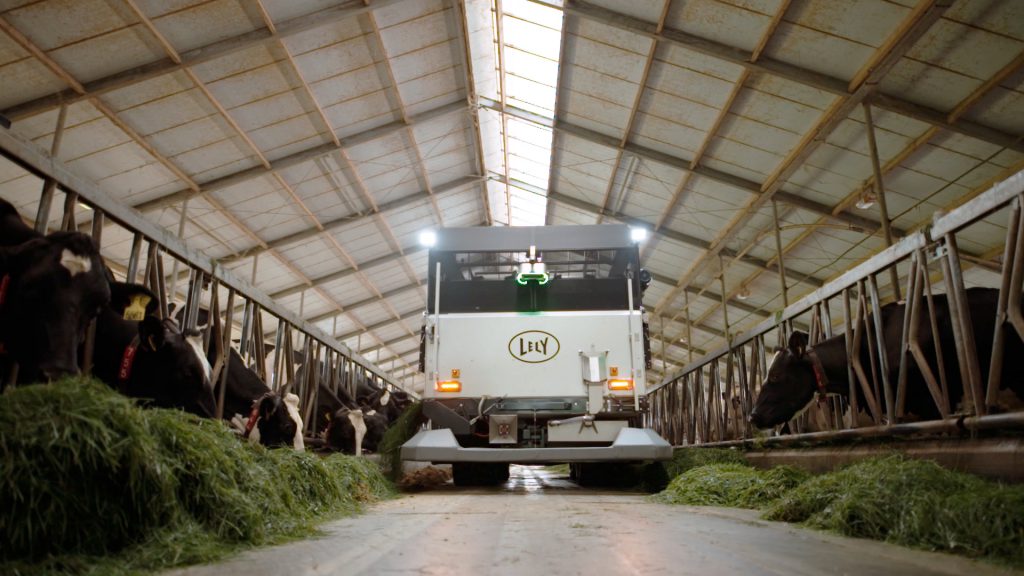 Commenting, Korstiaan Blokland, head of innovations at Lely, said: “Good roughage has always been important for the health and milk yields of cows.”

Describing the Exos as “a new breakthrough in exploiting grassland”, Blokland said:

The nutritional value of fresh grass is 10 to 20% higher than that of silage grass, because there are no significant losses during harvesting, conservation and feeding.

“This unique system is based on an electric vehicle that autonomously mows, loads and dispenses grass in the barns. Exos provides fresh grass frequently, day and night. This improves the taste and intake of fresh grass,” Blokland claimed. 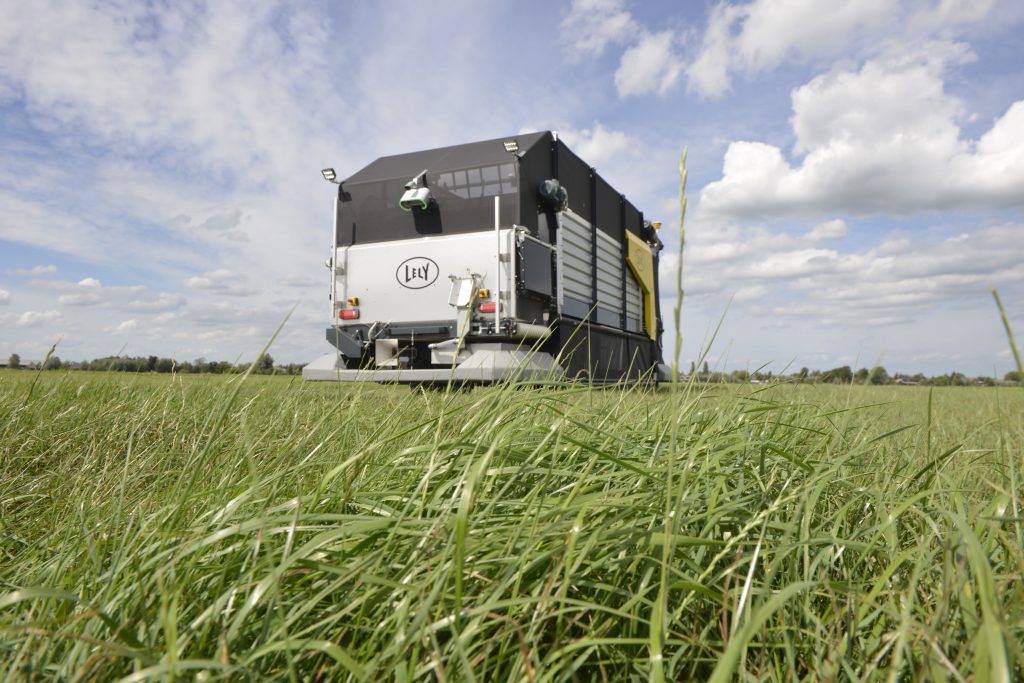 “Manually feeding cows in the barn with fresh grass is based on the same principle but the options are limited and it’s very labour-intensive.

“This system operates 24 hours a day, so it’s not limited by manpower or time. With Exos, Lely is introducing an innovation that is fully compatible with the transition to sustainable and circular dairy farming,” the head of innovation added.

The Exos operates in tandem with the Lely Vector automatic feeding system. Both systems provide, alternately, fresh grass and other feed components. The Exos constantly monitors the percentage of fresh grass in the ration.

The system also collects data in the field, so that the farmer can respond immediately to the grass supply at any given moment, Lely says.

The first prototypes of the Exos are already operational on test farms, “where as much information as possible about the autonomous harvesting of fresh grass will be generated by extensive testing in daily practice”.

In the coming years, Lely will further develop the system so that it can be sold commercially, the manufacturer says. 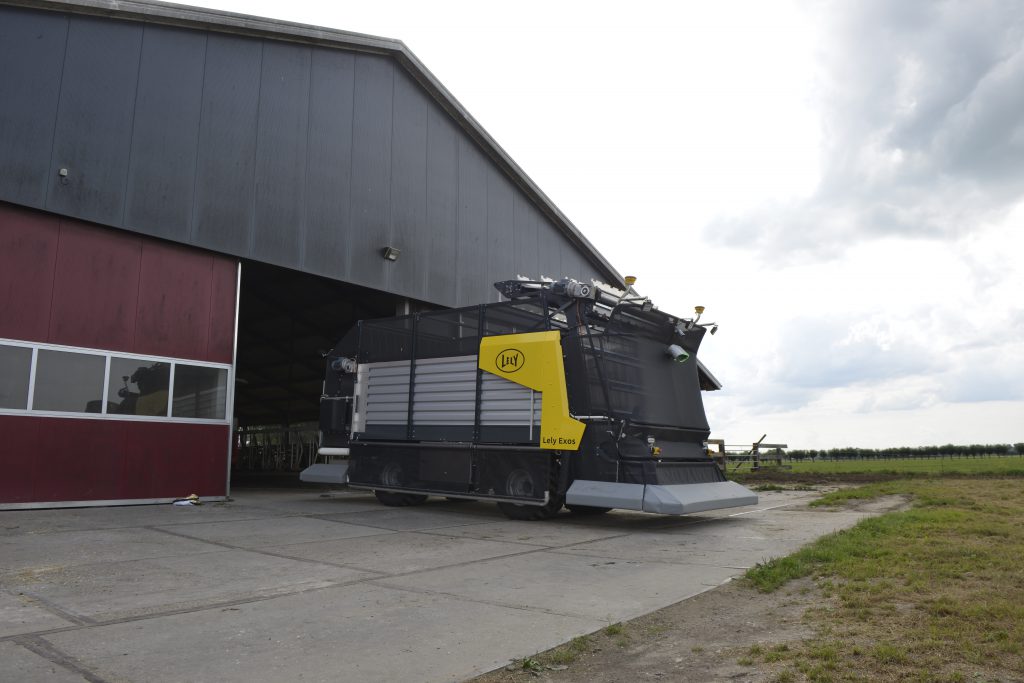 A bland diet doesn’t have to be boring