Home Superfood How to nail a virtual pitch

Trying to capture an investor’s attention is difficult under any circumstance. But it’s all the more challenging now with totally virtual pitch slams and buyer meetings in the era of COVID-19.

Emily Griffith, the Chicago-based founder and CEO of Lil Bucks, a company known for its grain-free products made from sprouted buckwheat seeds, found success by capitalizing on her experience as a digital marketer.

“My secret superpower is that I’m also a graphic designer,” says Griffith who launched her company in 2018 and plans on expanding from her 115 store distribution, mostly in the Midwest to over 400 stores by the end of 2021. “I use virtual pitching as an opportunity to communicate things more visually than in the past when I had in-person events.”

And Griffith’s roadmap is a good one for other founders to follow.

With only 2 minutes to pitch, Griffith quickly introduces herself and explains how Lil Bucks are crunchy snacks and breakfast options that couple tastiness with superfood nutrition.

She shares the story of why the company was launched and talks about its product lines, including details about where Lil Bucks are sold and how consumers use the products. Griffith relays how e-commerce demand has quadrupled and still rising. She then shares a graphic showcasing the media coverage she has received. Griffith follows this with photos of a promotional display and a single-serve pack to illustrate how she is pivoting in the “new age of sampling.”

Griffith ends her virtual pitch by highlighting her background as a digital marketer, how she will connect with potential customers and influencers on social media and the need for her product both by consumers and with respect to improving soil health through organic practices.

“It’s kind of funny, but most of my pitching experience has now been virtual,” Griffith says.

Whether it’s a 2-minute drill, a 5-minute pitch or longer, tailor the virtual pitch to each audience. 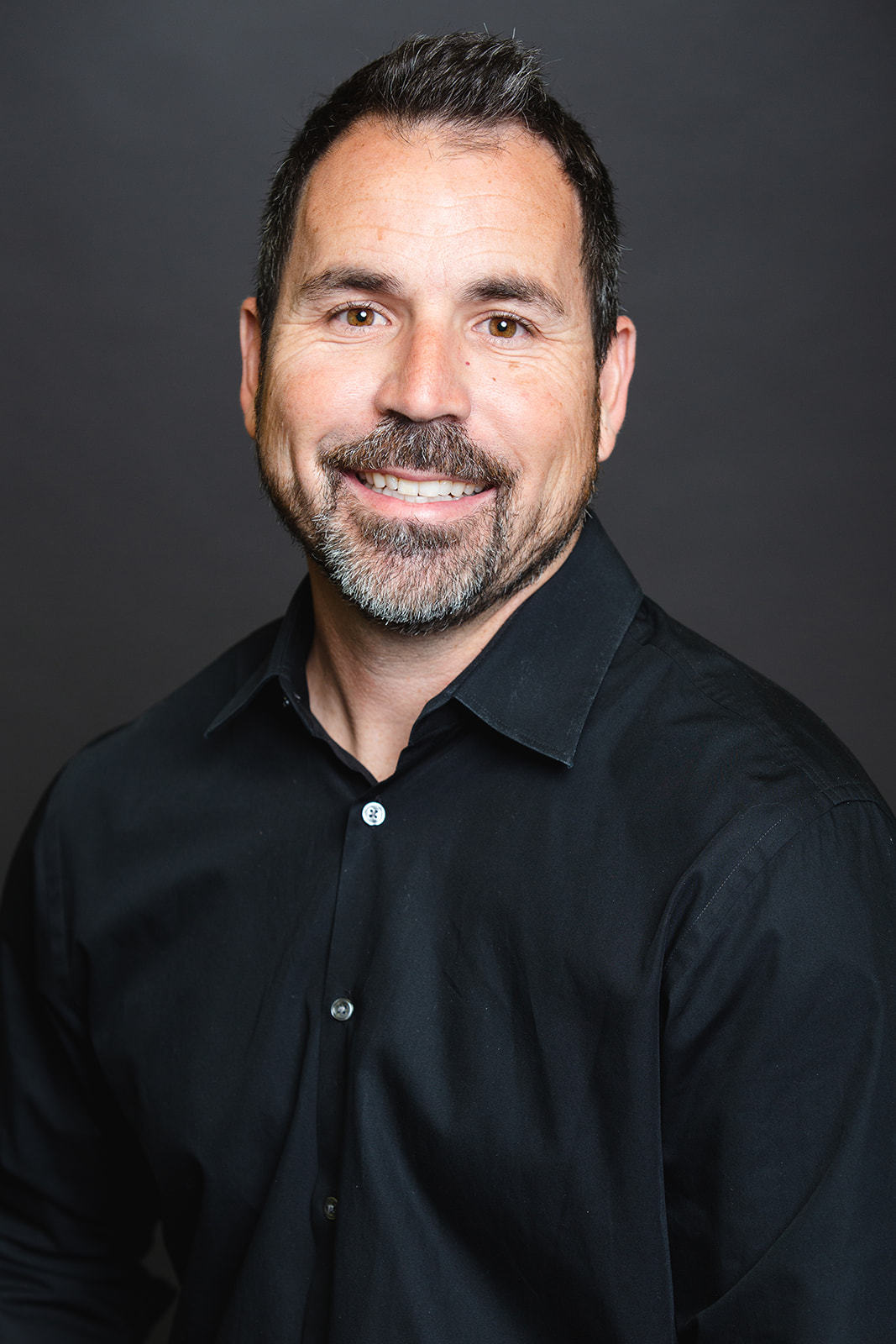 “Be prepared; people aren’t going to be as engaged with you, and they might be doing other things,” says Anthony Spinato (right), co-founder, CEO and President of Spinato’s Fine Foods in Tempe, Arizona, who pitched at the all-virtual Nutrition Capital Network Spring Investor Meeting.

Whenever possible, he suggests scheduling virtual pitch meetings early in the day. If it’s before 10 a.m., Spinato says, investors or buyers haven’t been sitting for too long in front of their computer screens.

Make the pitch playful, passionate and fun. Use witty self-banter or jokes, suggests Spinato. But do it purposefully.

“Make it unique and memorable, less like a business pitch,” Spinato says. “Whatever you feel about your product and your business has to be felt. I wanted them to feel like I was in the room sitting next to them.”

His advice: Quickly draw the investor into why a company was created and the ability to monetize an idea.

Go on Zoom and create a meeting with only yourself to rehearse a virtual pitch. 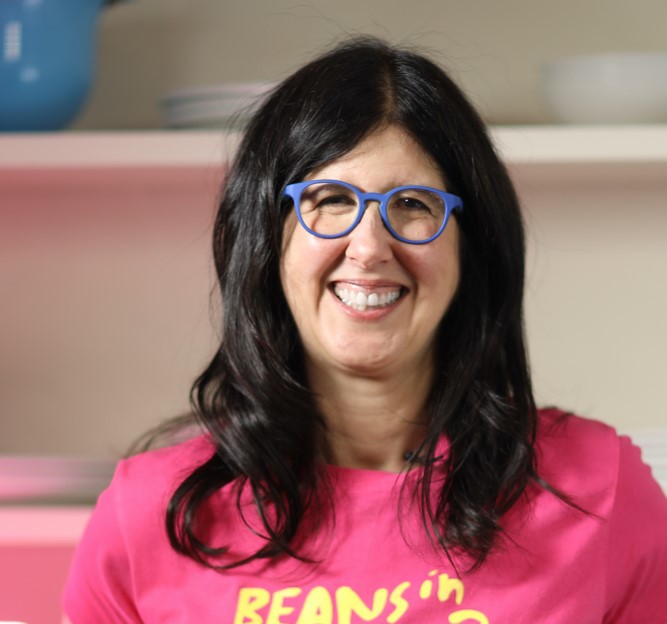 Pay attention to how you look and act says Rule Breaker Snacks founder and CEO Nancy Kalish (left), who repeatedly recorded herself prior to pitching at the NCN Spring Investor Meeting.  She prefers to wear bright colors like fuchsia that mirror her brand and stand out against a more neutral backdrop.

Practice as if the virtual pitch were being done in person so that it appears natural and concise, Spinato says.

Create bullet points to help stay on track, but don’t read from a script because that can easily come across as flat and boring.

Spinato tapes his notes higher than his computer screen’s camera so he can look up to reference them during a virtual pitch without appearing too scripted.

His advice: Have an engaging opener that shares who you are and what your company is about. Describe the problem that is being solved by the company. Think about the three key points viewers should take away about the brand.

Give the highlights, he says, instead of trying to cram in too much information.

“The three biggest things are gross revenue, gross margins and EBITDA (Earnings Before Interest, Taxes, Depreciation and Amortization),” Spinato says. “An investor will know based on the space you’re in whether your finances are sustainable or if you’re going to burn a bunch of cash while you’re growing the brand.”

Share a brief overview of the company story and why it is important. For Spinato, it’s highlighting the need to help celiac- and gluten-intolerant adults and children with broccoli crust pizzas—including his wife, the chef—without sacrificing flavor. 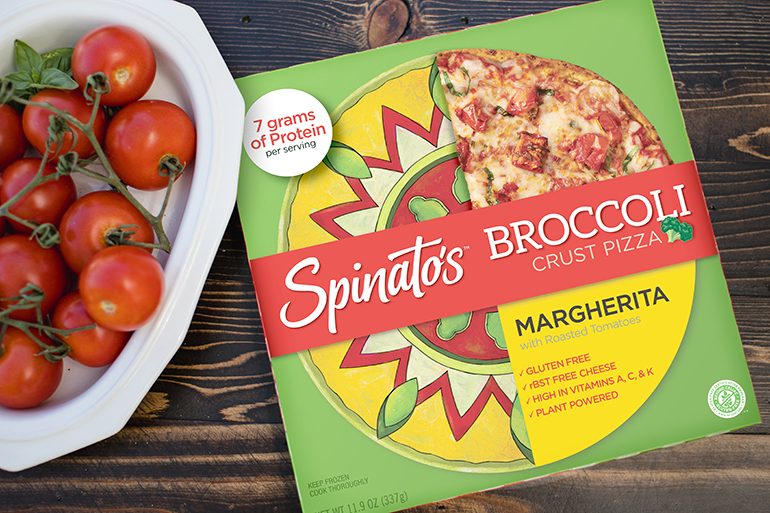 Include the mission of the company and the lessons learned. For Spinato that meant sharing he had moved to a copacker which increased its gross margins from 15% to 33%.

End the pitch with a big picture statement about what you believe as a founder.

“We believe that once Americans recognize that they don’t have to sacrifice nutrition and flavor in their pizza, Spinato’s will become a household brand,” Spinato said in his pitch.

Use visuals to support the pitch

Use visuals to highlight your company’s growth, velocity or showcase great reviews by customers.

“Anything you can do to visually show the impact of your brand while you pitch is a really powerful tool,” Griffith says. 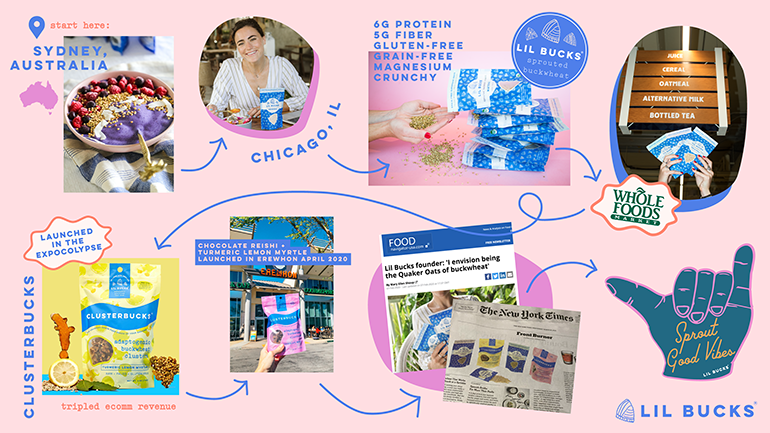 She then says: “I was so blown away by sprouted buckwheat, I became obsessed with the mission to bring the superfood back to the U.S.”

If the product is new, include details about how consumer and brand education is being handled. Throw in snippets of information and details such as offering two for $10 deals in already-designed shippers that are ready-to-go for store launches. Use a photo to illustrate how the product looks on shelf and what the shipper looks like.

Besides having a strong Internet connection, it’s important to look professional on camera.

Make sure your lights are behind your camera, not behind you, when producing a video, says Sean Leddy, video production manager for Informa Markets.

Declutter the background, but add depth to the video by not sitting directly against a wall. Leddy suggests framing the shot by tilting your computer screen until there are about two fingers of clear space above your head. Remove unnecessary background noise, which may mean turning off air conditioning or adding a headset or microphone to create clearer audio.

Be mindful of how your computer is positioned, Leddy says. Prop it up, if necessary, to ensure the camera is at eye level. Look directly into the camera and not at yourself. Practice sitting up straight and avoid hunching over.

Be energized to engage your audience

Be energized and use more volume to help convey your passion, Spinato says.

Even for soft-spoken business owners, it’s best to add excitement and more emphasis when doing a virtual pitch to avoid coming off as flat and monotone.

“Don’t just read from a word document you’ve typed up,” Griffith says. For live pitching, stand up, she says, for more energy.

Kalish, a former journalist-turned-entrepreneur, relied on her media training at QVC to make virtually pitching food look more appealing during her virtual pitch.

Hold up the food so it is eye-level for a camera close-up. Then, very slowly break the cookies or baked goods in half, Kalish says, and show the two halves to the camera. 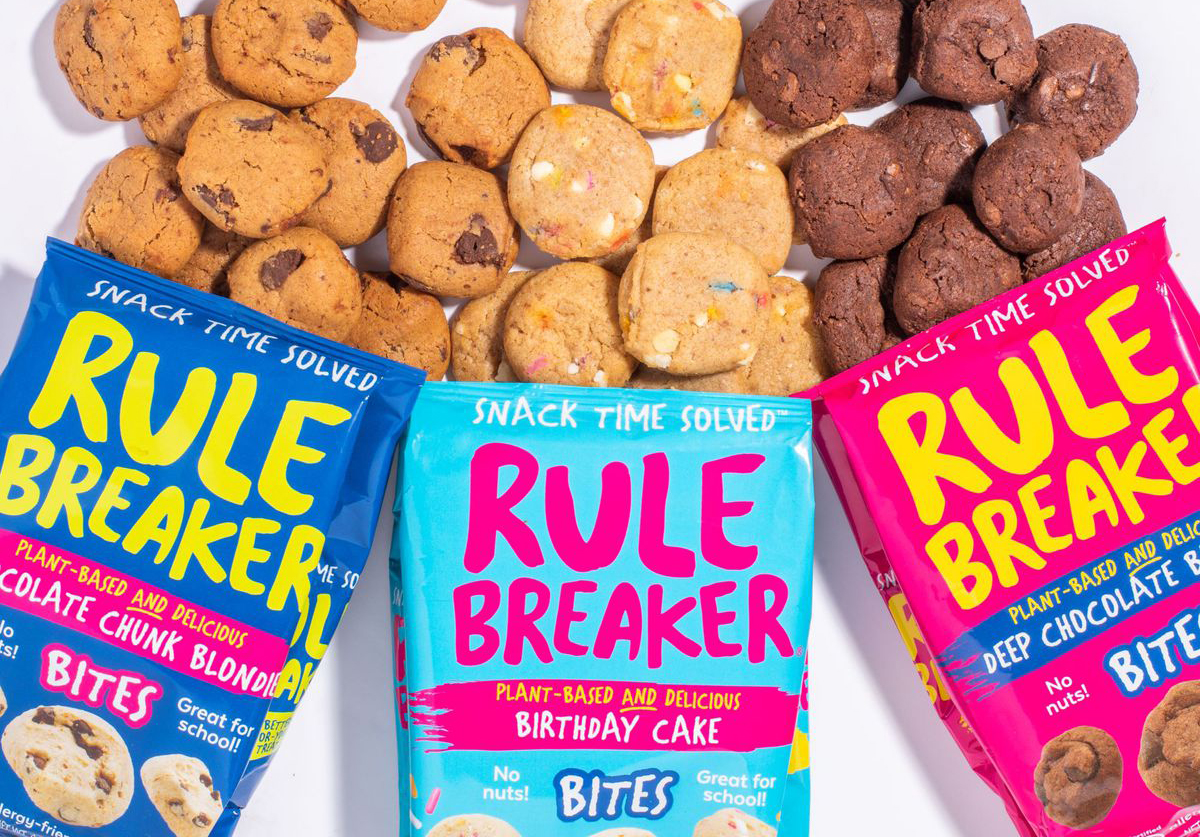 “Squish them a little bit to show they are soft baked, chewy and delicious,” says Kalish, whose company makes vegan and gluten-free brownies and blondies. “It sounds gross, but it really works.”

Ideally, she says, this should be done while saying: “Don’t these look amazing! And they taste awesome, too.”

Check out founder Emily Griffith’s winning pitch for her company Lil Bucks below.

India’s millennials get a taste for ayurveda

Looking for a nutritious, yummy yogurt? Try these

Why you shouldn’t worry about having eggs for breakfast

Community Bulletin Board: the North and South Brunswick Sentinel (for Oct. 21)