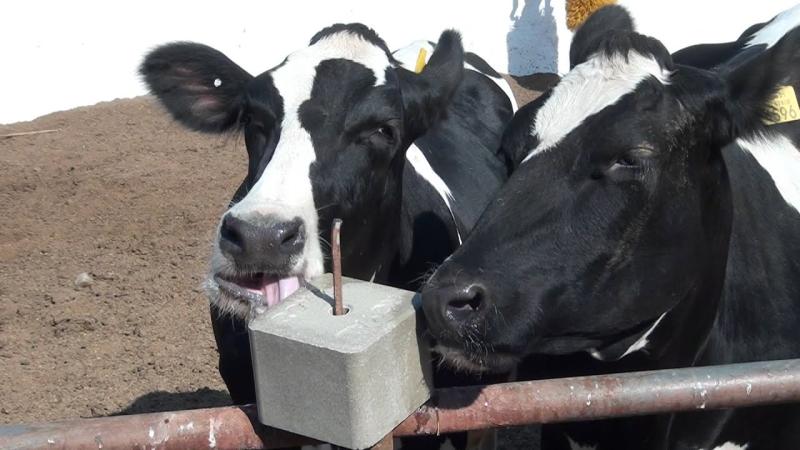 Most green plants have this vitamin. When animals graze on well managed pastures and forage, deficiencies do not occur. However, cattle fed on poor quality roughage, such as poor quality hay and straw, require supplementation.

Signs of Vitamin A deficiency include: Reduced appetite leading to reduced growth, poor night vision, increased still births in pregnant animals due to affected reproductive function, especially in cases where dry cows are offered poor diets, fainting fits in calves: the calf collapses as if in a deep sleep then gets up and walks away quite normally. In latter stages of deficiency, bone growth is affected and this may cause pressure on nerves to the eye, which may lead to total blindness.

It has been documented that there is little vitamin D in plants. Animals obtain most Vitamin D from the sun. Vitamin D is necessary for the absorption of calcium and phosphorous from the intestines and the deposition of the minerals in bone as well as in the maintenance of normal blood levels. Vitamin D deficiency in young calves is likely to occur when they are housed in dim lights and offered poor quality diets.

Signs of Vitamin D deficiency include: slow growth rates, the legs may be bent and there is abnormal swelling, with stiffness and lameness occurring in a number of animals. In severe cases, the teeth may be out of line and the jaw bone deformed.

Treatment for Vitamin D deficiency is by injecting vitamin D and by correcting the ration, including oral supplementation with vitamin D.

It is available in plenty in leafy forages. Primary deficiency does not occur. Deficiency can be induced by dicoumarol poisoning such as warfarin rat poison and mouldy clover hay, which inhibit the action of vitamin K. Vitamin K is involved in blood-clotting mechanisms in the body.

Signs of Vitamin K deficiency include: failure of blood clotting, including excessive bleeding from cuts, appearance of large red areas in the membranes of the mouth, eyes and nose. Abdominal pain and lameness.

Treatment and prevention of Vitamin K deficiency is by identifying and removing the source of poison and giving Vitamin K by mouth or through injection. Always consult with your Veterinarian.

This group of vitamins is naturally formed by micro-organisms in the rumen and any excess is absorbed by the cow. They are also present in ample quantities in milk and therefore primary dietary deficiency is very rare.

This is produced in tissues of all farm livestock that is cattle, sheep and goats and therefore dietary supply is unnecessary.

How to Add Fiber to Diet: 5 Mistakes You Might Be Making With Fiber

11 Ways to Feel Better Every Day

How much money does Australian actor and singer have? » TechnoCodex

The Doctor Game: Questions about the ketogenic diet | Guest Columns