Brain food: Eating and drinking things that are rich in flavonoids such as tea, berries, red wine and dark chocolate could help to stave off dementia, study shows

By Ian Randall For Mailonline

Eating and drinking things that are rich in flavonoids such as tea, berries, red wine and dark chocolate could help to stave off dementia, a study has found.

Older adults who consume only a small amount of these foods are two to four times more likely to develop Alzheimer’s and related conditions over 20 years. 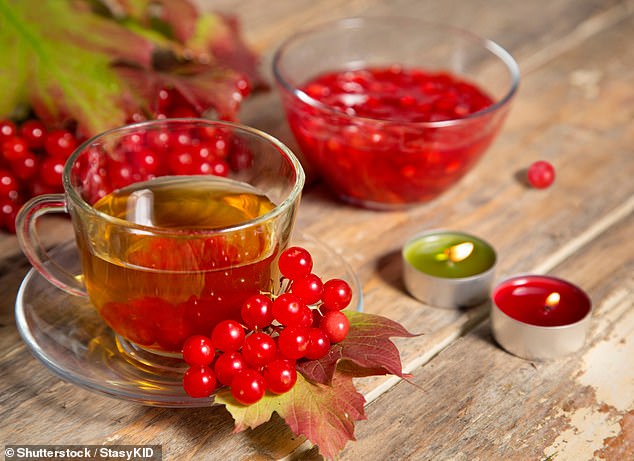 Eating and drinking things that are rich in flavonoids such as tea, berries, red wine and dark chocolate could help to stave off dementia, a study has found

Flavonoids are substances found in plants — including fruits and vegetables such as pears, apples, berries, and onions, as well as plant-based drinks like tea and wine.

They are associated with various health benefits, including reduced inflammation.

Scientists said that eating low amounts of three flavonoid types was linked to a higher risk of dementia than in people who ate more.

In the study, researchers examined around 2,800 people aged 50 and older to determine if there was a long-term relationship between eating foods containing flavonoids and the risk of Alzheimer’s disease over a 20 year period.

Low consumption of flavonols such as apples, pears and tea was associated with twice the risk of developing Alzheimer’s, the researchers found.

Whereas eating anthocyanins like blueberries and strawberries as well as drinking red wine was linked to a fourfold reduction in the risk of developing Alzheimer’s.

Low intake was defined as consuming no berries, roughly one-and-a-half apples and drinking no tea over the course of a month.

High consumption was found to be equal to roughly seven-and-a-half cups of blueberries or strawberries, eight apples and pears, and 19 cups of tea a month.

‘Our study gives us a picture of how diet over time might be related to a person’s cognitive decline, as we were able to look at flavonoid intake over many years prior to participants’ dementia diagnoses,’ said paper author Paul Jacques.

‘With no effective drugs currently available for the treatment of Alzheimer’s disease, preventing disease through a healthy diet is an important consideration,’ added the epidemiologist from the US Human Nutrition Research Center on Aging.

Jacques also said that age 50 — the rough age of the study participants when the data was first analysed — is not too late to make dietary changes for the better.

‘The risk of dementia really starts to increase over age 70, and the take home message is, when you are approaching 50 or just beyond, you should start thinking about a healthier diet if you haven’t already,’ said Dr Jacques. 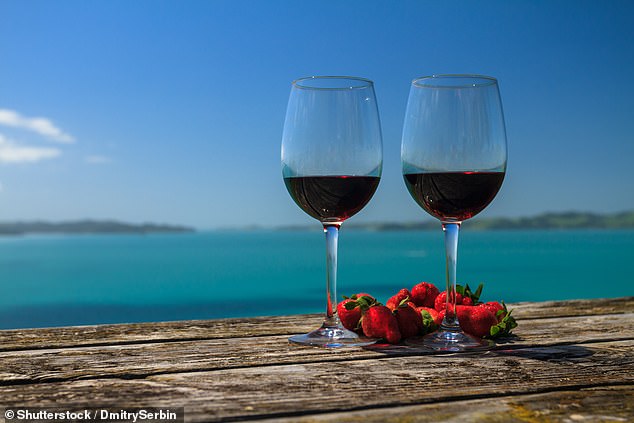 ‘When we look at the study results, we see that the people who may benefit the most from consuming more flavonoids are people at the lowest levels of intake, and it doesn’t take much to improve levels.

‘A cup of tea a day or some berries two or three times a week would be adequate.’

The full findings of the study were published in the American Journal of Clinical Nutrition.

WHAT IS DEMENTIA? THE KILLER DISEASE THAT ROBS SUFFERERS OF THEIR MEMORIES

Dementia is an umbrella term used to describe a range of progressive neurological disorders (those affecting the brain) which impact memory, thinking and behaviour.

There are many different types of dementia, of which Alzheimer’s disease is the most common.

Some people may have a combination of types of dementia.

Regardless of which type is diagnosed, each person will experience their dementia in their own unique way.

Dementia is a global concern but it is most often seen in wealthier countries, where people are likely to live into very old age.

HOW MANY PEOPLE ARE AFFECTED?

The Alzheimer’s Society reports there are more than 850,000 people living with dementia in the UK today, of which more than 500,000 have Alzheimer’s.

It is estimated that the number of people living with dementia in the UK by 2025 will rise to over 1 million.

In the US, it’s estimated there are 5.5 million Alzheimer’s sufferers. A similar percentage rise is expected in the coming years.

As a person’s age increases, so does the risk of them developing dementia.

Rates of diagnosis are improving but many people with dementia are thought to still be undiagnosed.

IS THERE A CURE?

Currently there is no cure for dementia.

But new drugs can slow down its progression and the earlier it is spotted the more effective treatments are.

Diners flip for a meat-free burger as lockdown bites | Ireland