Home Fruits Anemia and the Vegan Diet: What You Need to Know

According to the World Health Organization, anemia affects 1.62 billion people, globally. In the U.S., anemia is the most common blood condition, affecting more than three million Americans.

Anemia occurs when the number of healthy red blood cells in a person’s body is too low. A plant-based diet may increase one’s risk of developing anemia, but there are many other factors that can cause a person to become anemic.

Anemia occurs when the body doesn’t produce enough RBCs, loses too many RBCs, or destroys too many RBCs. If a person’s body does not contain enough RBCs—or the body’s hemoglobin levels are low — it will not get enough oxygen.

People with long-term diseases, women, and young children are more likely to have anemia. According to the Mayo Clinic, iron deficiency is one of the most common causes of anemia, but there are many different types of the blood condition—each with its own cause.

The blood condition affects people of all races, ages, and ethnicities, but there are certain factors that may put a person more at risk for developing anemia. They include:

Anemia cases are typically classified as either chronic or acute. There are more than 400 different types of anemia. According to WebMD, they can be divided into three main categories anemia caused by blood loss, anemia caused by decreased or faulty RBC production, and anemia caused by the destruction of RBCs.

What Do Red Blood Cells Do?

According to the National Center for Biotechnology Information, the average red blood cell can only survive for about 120 days. When RBCs die, the hemoglobin breaks apart. Any iron contained within is saved and transported to the bone marrow via proteins called transferrins. The iron is then recycled and used to produce new RBCs.

If a person does have symptoms, they may include weakness, fatigue, pale or yellowish skin, chest pain, cold hands and feet, headaches, dizziness, shortness of breath, and irregular heartbeats.

How to Diagnose Anemia

Tests include a complete blood count to determine the number of RBCs present in a sample of blood. Your doctor will pay close attention to the size, shape, and levels of RBCs (hematocrit) and hemoglobin in the blood.

If a positive anemia result comes back, a doctor may require additional tests to determine the cause of the condition.

In order to create RBCs, and thus hemoglobin, your body must get ample vitamins and nutrients from food — including iron, folate, and vitamin B-12.

A diet lacking in vitamin B-12 and folate may impact the body’s ability to produce RBCs. A plant-based diet may also increase one’s risk of anemia. Including certain foods in a vegan diet may help reduce the risk of developing anemia.

Although meat and seafood are high in iron, there are plenty of plant-based foods a person can eat to increase iron intake. Eating iron-rich foods may help fight iron deficiency anemia. These include leafy greens (spinach and kale), beans, fortified foods (white rice and pasta), and nuts and seeds. Iron supplements are another option for increasing iron intake but consult with your doctor prior to making these changes. 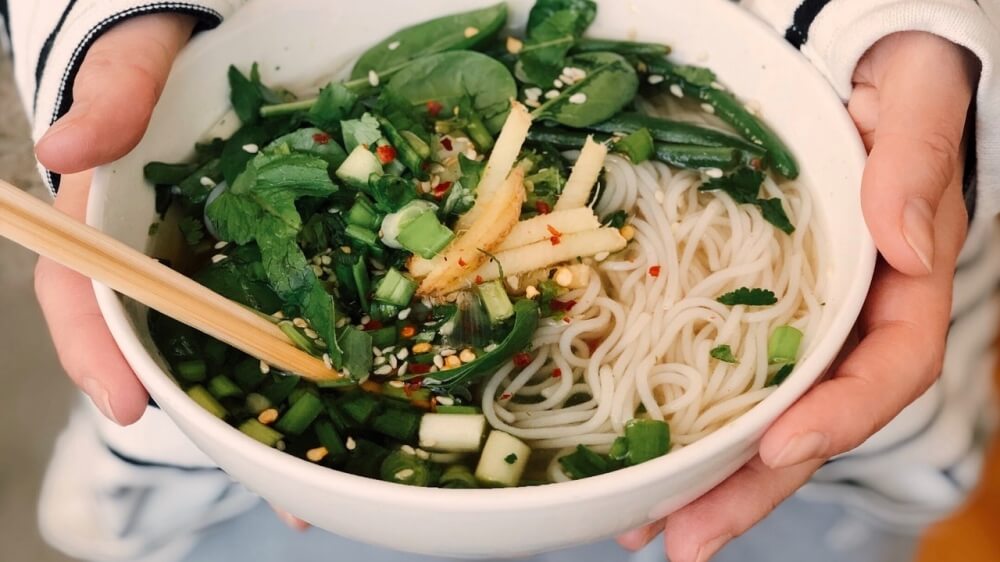 Anemia and the Vegan Diet: What You Need to Know

Anemia is the most common blood condition US. A plant-based diet may increase the chances of developing it, but other causes could be to blame.

What Is Kefir? Benefits, Nutrition, How It Differs From Yogurt

A Nutritious Side Dish to Grill This Memorial Day

Eat apples to guard against the summer heatwaves

Sports Nutrition Supplements market worldwide is projected to grow by US$3.5 Billion

Nutrition with Jane McClenaghan: Is diet a risk factor in severe cases of Covid-19?

‘I Make the Best Burger in Yakima’. Gordon Ramsay Taught Me!