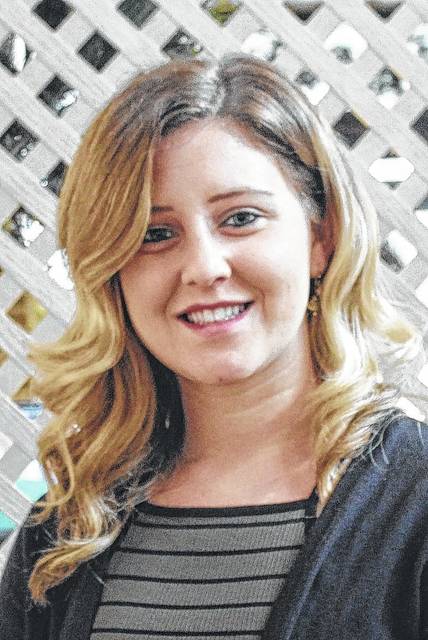 Our next step in transitioning to the Mediterranean Diet is choosing whole grains. Most Americans are not consuming enough whole grains, with MyPlate recommending to make at least half of your grains whole. Whole grains are foods like brown rice, whole-grain bread and pasta, oats, and other grains you may have not tried before such as quinoa and bulgur.

I often get the question “what is the difference between a whole grain versus a refined grain?” To explain this, I’ll start by breaking apart the grain itself.

The original grain has three main parts: germ, endosperm, and bran. Working from the inside out, we’ll begin with the germ. This is the embryo of the grain, the innermost layer, that contains B vitamins, some protein, minerals, and healthy fats. All important things to nourish our bodies. The next layer is the endosperm. The endosperm is essentially the germ’s food supply, providing energy to the plant so it can begin sending its roots down for water and nutrients and sending the sprouts up for sunlight’s photosynthesis. The endosperm is the largest part of the kernel and contains starchy carbohydrates, proteins, and very minimal amounts of vitamins and minerals. Our last layer is the outermost layer called the bran. The bran contains important antioxidants, B vitamins, and fiber. Again, very important things we need to nourish our bodies. Looking at these three parts of the grain, we see many important nutrients in the germ and the bran, but very few nutrients in the endosperm. These three parts make up a whole grain, therefore anytime you are reading a food label of items such as crackers, bread, or pasta, it’s important that the first word is “whole” (it may be followed up by wheat or flour) to make sure you’re getting these three components.

A refined grain is used to refer to grains that are not whole, meaning they are missing one or more of these three key parts. Typically, refined grains only contain the endosperm of the grain. The refining process removes about a quarter of the protein in a grain and half to two thirds or more of the nutrients. Nutritionally you are getting a bigger bang for your buck by consuming the whole grain.

There are several claims prevalent in the popular press that have unjustly given all grains a bad rap. These include ideas such as wheat today is different than in decades past, wheat triggers various diseases, wheat causes abdominal fat, and wheat makes the brain not function properly. What we are finding is that the majority of the grains being consumed are refined grains. Almost 40% of the refined grains Americans are eating are from yeast bread, such as hamburger buns, and pizza crust. Research has also found eating lots of refined grains is associated with increased body fat, whereas consuming at least three servings of whole grains a day is associated with decreased abdominal fat. Our goal should be to eat grains as grains, not foods made from grains. This means eating more bulgur, brown rice, or oatmeal, and eating less bread, crackers, etc.

What about enriched grains? After the widespread nutrition problems that occurred from consuming too many refined grains, many governments required that refined grains be “enriched.” Enrichment adds back fewer than half a dozen of the many missing nutrients, and they’re added in proportions different than they originally existed. Our best option is to simply eat whole grains to get the most health advantages.

Here’s a tasty recipe from MyPlate’s five-way series featuring brown rice. The Caribbean Casserole is a great way to change up your dinner routine and used as a side dish or as an entrée!

1. Sauté onion and green pepper in canola oil, in a large pan, until tender. Do not brown.

2. Add tomatoes, beans (include liquid from both), oregano, and garlic powder. Bring to a boil.

5. Remove from heat and let stand for five minutes.

For more information on whole grains, visit wholegraincouncil.org, or medinsteadofmeds.com.

Sydney Johnson is an Area Family & Consumer Sciences Extension Agent, with the North Carolina Cooperative Extension Service. She can be reached by calling the Sampson County Center at 910-592-7161.

Nutritional Supplements Market Growing at a CAGR %: Analysis of Prevailing Industry Opportunities and...

Using AI to unlock the genetic secrets of food