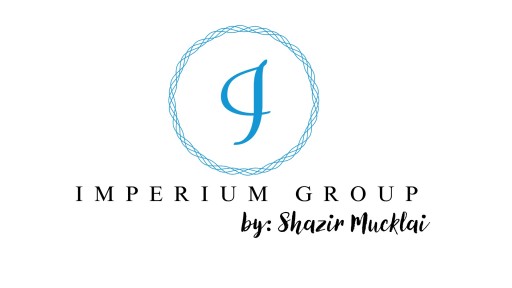 ​​​March 4, 2020 (Newswire) –Imperium Group’s CEO, Shazir Mucklai, had a chance to collaborate with TheKerplunk to look for top entrepreneurs who are poised to make an impact in 2020. The year 2019 saw many changes in the startup ecosystem. While many new startups emerged, a few became unicorns.

Startups are among the most unique new ideas of the modern world and these ones are changing the face of the startup world. In the world of ever-changing markets, people have to be able to move fast and adapt in order to stay on top.

Here are some exciting entrepreneurs to look out for in 2020:

Since earning his J.D. from Thomas Jefferson School of Law, Jeff Fenster has proven himself as an entrepreneurial innovator. Jeff is a serial entrepreneur who was named a top 40 Business Executive under 40 and also was named a top 100 Entrepreneur in America under the age of 35. He is also an Entrepreneur Instructor for Forbes Online School of Business and Technology and a Mentor at San Diego State University’s Lavin School of Entrepreneurship. Jeff’s core business principles are to make friends and have fun and he has used these principles to build all of his companies. Jeff is currently the Founder & CEO of Everbowl Craft Superfood, WeBuild Stuff and Superfuel Coffee.

Everbowl is a craft superfood chain specializing in Acai and other superfood bowls, with 30 corporate locations in multiple states and offering franchises all across the country. Everbowl was named one of America’s Top 40 Hottest Fast Casual Startups and a Top 100 Mover & Shaker in the U.S.

Superfuel Coffee is the world’s first Acai and other superfood-infused coffee line that specializes in providing extra nutrition in each cup of coffee. Currently offered in K-Cups and Grounds, you can buy Everbowl Superfuel Coffee online at Amazon.com, Superfuelcoffee.com, in Everbowl locations and at participating Sprouts locations.

Dr. Gabe Rosenthal has been growing his dental offices and brand at a remarkable pace. He does this while increasing his presence in pop culture, social media, and in the world of dentistry amongst his peers. Starting the practice from scratch out of USC, Dr. Gabe relied on word of mouth, happy smiles, and extremely advanced dental technology (and procedures) to spread the word about his services and skills. He can now be seen on television, YouTube, Instagram, and TikTok as a dentist and friend who goes above and beyond to make sure his patients’ smiles stay healthy and beautiful! His office is featured so often, that you’ve probably seen his signature smile and office dozens of times without realizing it.

In 2016, Carter founded DealBox, A FinTech Merchant Bank and capital markets consulting firm focused on innovation and democratizing venture capital by leveraging blockchain technology. DealBox empowers entrepreneurs and investors to take advantage of the tremendous capital formation and growth opportunities offered by blockchain technology. Thomas on DealBox: “DealBox is the culmination of 25 years of venture capital funding experience. DealBox has been setting the standard for how data is presented and shared in private equity investment workflow. We’ve created a unified strategy to security token offerings which includes everything an issuer will need to take advantage of the benefits offered by security tokens. Our novel approach to investor-centric workflow optimization has been integrated into compliance and technology for the issuance of and investment in digital securities.”

Schmerin is a native of Houston, Texas, and co-founder of Top Tree Agency. He has worked in the cannabis industry for the past five years helping brands reach their audience. Top Tree Agency is focused on bringing top-shelf content and fresh branding to businesses in the recreational cannabis market.

Aaron Selkrig is the founder and CEO of Selkrig Performance Unit. With his team, he provides high-end private performance coaching for entrepreneurs, executives and professionals. Surprisingly, Aaron’s success in the business has caught the attention of the tech scene, with a group of high-profile investors jumping on board in the past year.

David William Fabi is an Orthopedic Surgeon, entering the motivational speaking industry and always looking to enter other industries. He is the creator of #FABMVMNT, enriching lives and inspiring the world to be FAB, Motivated, Victorious, Magnificent, Noble and Tenacious.

He has been selected by San Diego’s Magazine as one of “San Diego’s Top Docs” for four years in a row, and has multiple peer-reviewed Orthopedic Publications, along with writing multiple book chapters of books.

Voltaire Pabustan is the CEO of Kaizen Sigma LLC. He has gotten some of their clients onto major publications and TV shows. They’ve built out brands from the ground up and have worked with a lot of small businesses and multiplied their ROI a thousandfold. For example, they were able to achieve a 4,000%+ ROI for a local restaurant through a multichannel advertising campaign.

Their advertising team is made up of some of the best social media advertisers in the world and they constantly achieve better results compared to industry standards at least by two times.

Kosi Stobbs is the CEO of Specific Mechanical Systems and the Director of Property Owl Investment Solutions. As a teenager, he worked at Burger King to support himself for college. He graduated at the age of 22, where he also bought his first property. He dreamt of helping and inspiring other troubled youth to find another way and now is the owner of over 10 properties by the age of 30. Now, he owns a market cap of over 50 million in businesses and real estate.

‘How I reworked #WhatIEatInADay to improve my wellbeing’