Home Diets OPINION: A farewell to food, or my experience with a liquid diet

This semester has been marked by an increase in unpredictability.

From constant miscommunications to an overall dread, I’ve unwittingly been searching for a new sense of vitality as I near my21st year.

In doing so, I’ve weaponized my erratic choices into changing the most intimate and prized part of life: my diet.

When your life is in a strange or uncomfortable place, altering the consistency and choice of your diet is never the right choice.

IDS columnist Tom Sweeney approached me some weeks ago with, by many, a radical idea: what if we drank our food for a week?

To preface, I’m someone who needs to eat nonstop to maintain my 160-pound frame, and much of what I consume never sticks to my ribs. This is in large part due to my vegan lifestyle. I only bring it up because it’s relevant, so don’t claim I went on a tangent in describing this detail.

Considering my knack for unconventional diets and an unhealthy relationship with self-image, I naturally decided to subject myself to this.

This proposed diet included liquid meals made by a company called Huel. Huel is a nutritional powdered food that, when mixed with water, produces “nutritionally complete” meals of 400 calories, with most users eating five servings a day to complete a 2,000 calorie intake each day.

This is troubling not only because I feared I would not be eating enough, but because I felt the process was too cold and impersonal. Convening over a warm meal is the essence of human togetherness, and were I to partake, I’d consume 14 fluid ounces of “nutritional goop” while pretending it was common practice.

Many users rely on Huel to supply sufficient sustenance for one or two meals a day as it is both filling and “healthy.” Tom surmised that we should eat nothing but Huel for the entire week. I still question if this was necessary, but still, we moved forth with this plan.

The first day was splendid. I was full, the Huel tasted good (chocolate being the best flavor) and I felt as though I could keep up the pace with Tom. This trend seemed sustainable at the time but became worrying by day three.

The most carnal trait of human nature is the desire to chew. Typing that out makes it sound especially weird, but you could relate if you ate nothing but “goop” for several days. Because of this, and a hypochondria-linked paranoia that my jaw muscles would weaken, I began chewing an unforeseen amount of gum.

I didn’t share this with Tom, since he was such a strict adherent to the “nothing-but-Huel” mantra that I was worried he would protest. And plus, it was of minimal caloric value. I gave myself a pass.

The other omission that began breaking me mentally was that of caffeine. I drink an admittedly unhealthy amount of coffee, and Tom was opposed to the idea of consuming it while going through the week. Frankly, I was having none of that. I still lowered my intake to one cup a day in respect to his minimalist wishes.

Doesn’t sound like a large change? It sure felt like it. The headaches were especially bad the first day or two but began leveling off soon thereafter. There was no feasible way to remove the drug of caffeine from my life entirely, as the fatigue I endured on one cup was still an exercise in perseverance.

By day four, my aforementioned craving to chew on food grew ever stronger. I read online about some individuals who combined Huel with plant milk, egg replacer, and water to produce Huel pancakes.

Bingo. Solid food that was still Huel. Tom couldn’t knock me for that, right? The only problem was the egg replacer and plant milk necessary for the recipe. I determined that I could double up on water, and still use the egg replacer in small doses to simulate the same effect, as it was also very low in calories.

I know you’re reading this and thinking I’m a cheater, but a change had to be made or I was going to break.

And yet, I did the next day.I was on-set of a short film with fantastic food offerings on site, and I knew I had to break the pattern. I felt five days was an honorable showing having not tried a diet of this sort before.

My friends were delighted because I feel they grew tired of seeing me with my Huel shaker and goop. The week was riddled with both inquisitive questions from them as well as derision for my choice to join Tom on his liquid journey.

Otherwise, Huel was a palliative experience. It felt good that I could eat nothing but the stuff and meet my needs. I felt leaner and more awake than before and was so enchanted by this experience that I bought more to integrate into my diet to a reasonable degree, and with the option of ditching the goop for solids.

The main takeaway is this: Whenever you disrupt such a large section of your life, it is sure to bleed into other parts of it. This is especially true when you’re already in a confusing place.

Make no mistake: Huel, while uncanny, is a great option for making up nutrition while on a student’s budget. Just make sure that your use of it, and of any strange diet, comes at a time where your life can handle it. 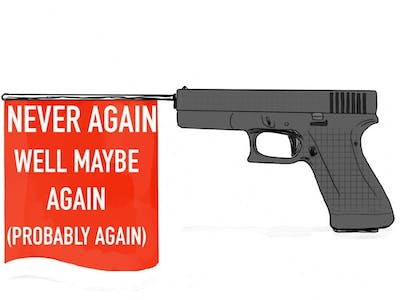 The Second Amendment was not created as a weapon against a tyrannical government. 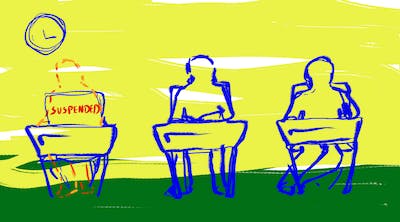 Unfair and racist punishment leads to problems later in life for black students. 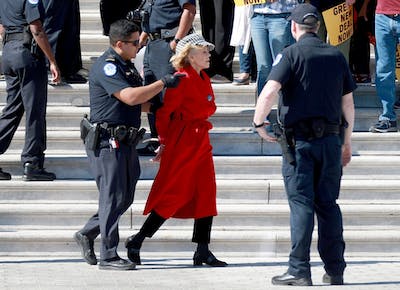 Many criticize Jane Fonda’s brand of activism, but she does more than any other celebrity of her status.

What’s the best diet for PCOS?

Being healthier is not all about the exercise – food counts too

What’s the best diet for PCOS?

United Way, along with other local organizations, give out free food boxes