With consumers more knowledgeable about their diets than ever before, food and beverage producers must contend with a sea of changes to their industry. A new report has highlighted five key trends set to hit the sector.

On the 17th of October, the Future Food-Tech Summit will return to London, bringing together leaders, senior executives and pioneering innovators from around the globe to discuss the future of food production. This year professional services firms IBM and Ayming are partnering the event, with the latter hosting a round-table on innovation funding mechanisms as part of the event’s programme of interactive sessions. Led by Ashley Pollock, Assistant Manager for Innovation at Ayming, the group will be discussing innovation funding mechanisms and how new product development (NPD) can help benefit the bottom line.

Now in its fifth year, the Future Food-Tech Summit returns to London and brings together over 500 business leaders from around the globe. Ahead of the event, Pollock has authored a white-paper on the topic of change in the food and beverage sector. In particular, the Ayming professional outlined five key trends set to impact the industry in the coming years. 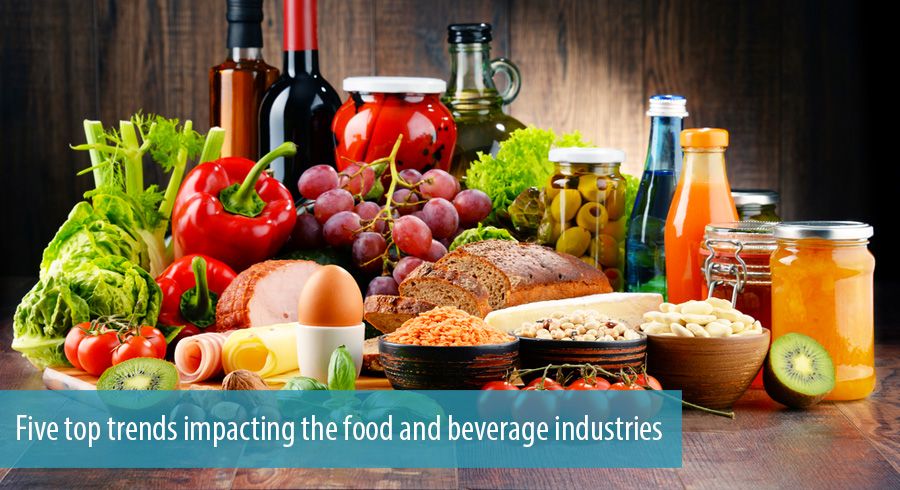 Commenting on what the future holds, Pollock said, “The speed of change is so swift that the only prediction we can comfortably make is that, within just a few years, these disruptive technologies will change the food sector in ways that become the everyday, but few of us can currently imagine.”

Elaborating on this, the research pointed to the ways which digital tech and big data are already transforming the ways people shop, cook and eat. For example, a range of digital application linked to phones and smart watches will soon be able to tell the wearer exactly what to eat and when. With increasing interconnectivity between these and household appliances such as smart fridges, AI and the internet of things may well render current shopping habits obsolete; refrigerators, for example, could be auto-replenished by drone deliveries of ingredients which have run out or expired.

The supply chain efficiencies this could provide may help reduce waste in the long-term, but in the here-and-now food producers are already having to contend with the unsustainable nature of their practices. In the 1950s the world consumed 5 million tonnes of plastic, a figure which has skyrocketed to 230 million tonnes today. In Europe about 37% is used for packaging, which is rightly attracting criticism from policy-makers and environmentalists. As a result, many retailers will soon expect their suppliers to adhere to strict new packaging guidelines.

“The coming year will see a major shift to zero-plastic packaging,” Pollock explained. “Supermarkets that completely eschew packaging are still a rarity. But more will follow, and plastic-free aisles are likely to spread. Marks & Spencer has announced a trial of loose fruit and veg. Also in the UK, the former bosses of its major supermarket retailers have called on their successors to take action. Ex-Asda CEO Andy Clarke called on them to showcase plastic alternatives like grass paper. He also highlighted a Populus poll in June 2018 showing that 91% of people wanted plastic-free aisles in supermarkets.”

The severe environmental impact of mass animal farming is also prompting something of a sea-change in consumer habits. As increasing numbers of people turn away from resource-intensive meat farming and explore alternative proteins, disruptive businesses capitalising on this have quickly begun to attract the attention of investors. Investment in vegan foods in the food and drink sector looks set to continue at pace, while the rate of innovation in the sector is quickly seeing many meat alternatives viewed as ‘on-par’ with traditional ingredients.

Pollock expanded, “Technology is now serving up the first course, and scientists are working on other recipes that could massively disrupt the farming and food industries. It seems that many of us already have an appetite for change. Those numbers will grow – how much depends on the scalability of these disruptive producers of animal-free proteins and the spread of the new, more mindful consumerism.”

“As more food and drinks get a healthy makeover and new ‘super’ ingredients are discovered or synthesised for a market with more educated consumers, intent on ‘cleaner’ eating [rises]. It’s not the end of indulgence and excess – more a widening realisation, extending to new demographics and market segments, that treating yourself is about health and wellbeing as well as tastes,” Pollock stated.

The trend in question is driven by two key themes – removing unhealthy ingredients such as preservatives from food, and adding more of what’s good for health and wellbeing. Reducing the use of chemicals, processing, additives, trans-fats, sugar, salt and alcohol, and/or allergens like gluten, while adding healthy and functional foods and drinks like whole, fresh fruits and vegetables, good fats, added nutrients, fibre, and probiotics are rapidly impacting the food and drink sector. At the same time, policymakers are playing a part, through taxes on sweetened beverages and alcohol, and tighter regulations on food labelling.

While consumers have long sought to become their best possible self, the current age of new technology has given them a new route to chase that aspiration. Wearable devices and apps are giving people personalised statistics on exercise, their eating habits, disease markers and more. With this knowledge at their fingertips, the consumer feels empowered to live more healthily and prevent illness. Biohacking takes this a stage further by adopting a systems-thinking approach to biology – and as people increasingly see food in this way, producers will need to minister to consumers’ newly realised needs.

Pollock concluded, “Personalisation started in medicine – with drugs and treatments adapted to suit the individual patient’s predicted response or risk of disease, based on their genetic makeup. The longer-term trend in nutrition – no doubt with the biohackers to the fore – will be towards hyper-personalised diets comprising functional food recommendations based on scientific testing. In the meantime, a growing proportion of food and drink purchases will be determined by the brain rather than the gut.”

Diabetic? Here’s How To Avoid COVID-19

10 Expert-Recommended Supplements to Consider During the COVID-19 Pandemic

Five ways to reduce inflammation through your diet